Elizabeth Lominska Johnson was born in Ossining, New York in 1941. In 1963, she received a B.A. in Psychology from Bucknell University. After receiving this degree she travelled in Europe for a year. In 1965 she married Graham Johnson. In 1967, she received a M.A. in Anthropology from Cornell University. Subsequently Johnson moved to Hong Kong where she lived from 1968 to 1971. Johnson continued to study at Cornell and in 1976 she received a Ph.D. in Anthropology upon completion of her dissertation, "Households and Lineages in an Urban Chinese Village," which is a study of the effects of rapid urbanization upon kinship groups in a two-lineage Hakka village. In 1974 and 1975 Elizabeth Lominska Johnson was engaged as the "Coordinator, China Resources Project," at the University of British Columbia (UBC). In this position she acted as a liaison between local schools and researchers focusing on China at UBC. In 1977, she was employed as a museum cataloguer on a part-time basis both by MacMillan Bloedel, and by the Museum of Anthropology (MOA). From 1978 to 1979, she was employed as the Public Programmes Coordinator by the Vancouver Museum and Planetarium Association, where she developed, implemented and supervised new courses, social events, and lectures. Since March 1979, she has been an employee of the Museum of Anthropology. Until August 1986, she was Curator of Collections. In this position Johnson was responsible for the intellectual and administrative control of artifacts in the museum’s collection through registration, conservation, loan procedures; development of policy and procedures, the planning a new textile storage system, providing collections information to the public and the creation of publications relating to the collection. Since August of 1986, she held the position of Curator of Ethnology. Several of her responsibilities continued to the new position, including curatorial activities and development of policies and procedures. New responsibilities included: teaching the course "Museum Principles and Methods" in Anthropology as well as occasional courses in the Department of Sociology and Anthropology, the maintenance of collections documentation, maintenance and development of museum archives, managing public access to archives and supervising archival workers, appraising artifacts where required for accessioning or income tax receipts, maintaining financial records on the collections curating and coordinating exhibits, as well as taking on curatorial initiatives to develop and promote the East Asian collections in specific and the world-wide textile collection in general. In 1988, the responsibility for the MOA Archives was transferred to Johnson from Audrey Shane. Subsequently, in 1999 responsibility for the archives was transferred to the newly hired museum archivist. Johnson’s work however was not restricted to the tasks required by her various positions at the museum. Johnson has also published works suitable for academic, museum and public audiences. These publications include exhibit catalogues, articles and book reviews. She has been active in community and professional associations, including: the Canadian Museums Association; the British Columbia Museums Association; the Royal Asiatic Society, Hong Kong Branch; the Association for Asian Studies; the Archives Association of British Columbia; the Textile Society of Hong Kong; and the Canadian Asian Studies Association. She has regularly attended and participated in conferences, where she has presented papers on such diverse topics as Chinese ethnology, textile conservation, museum studies, archives, the development of curatorial partnerships, visible storage, textiles, repatriation, and Cantonese opera. Apart from her involvement with conferences Johnson has also been an active participant in the academic and museum communities at an international level. Beginning in 1998, she was a grant application assessor for the University Grants Committee in Hong Kong. In the same year she also took on work as an external examiner for the Department of Anthropology at the Chinese University of Hong Kong as well as taking on a position as an advisor to the Hong Kong Heritage Museum. Johnson was also highly involved in the local Vancouver community. From 1983 to 1995 she was a member of the Chinatown Historic Area Planning Committee in Vancouver. Beginning in 1998, she was also a member of the Vancouver Chinese Cultural Centre Museum and Archives Committee. In the fall of 2006 Johnson officially retired, though she continues to maintain her relationship with the Museum of Anthropology in a research capacity. 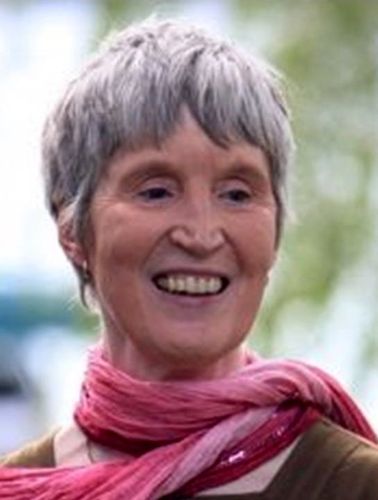